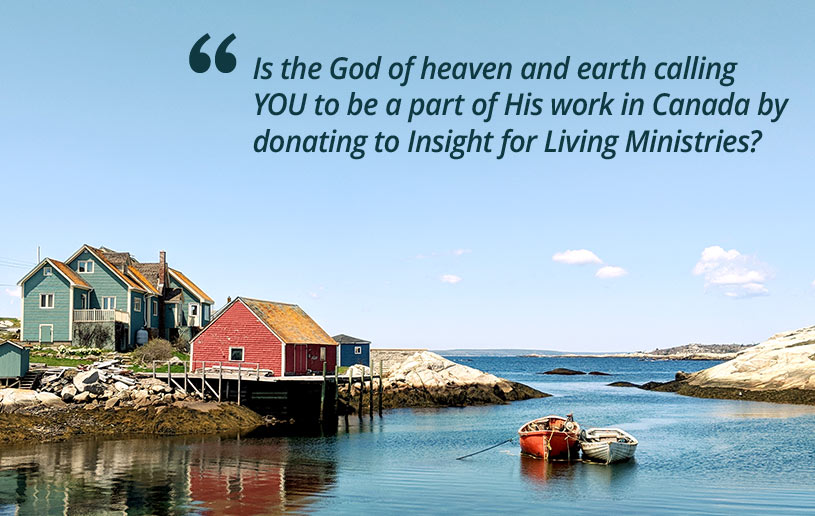 This is what the Lord says— the Holy One of Israel and your Creator: “Do you question what I do for my children? Do you give me orders about the work of my hands? I am the one who made the earth and created people to live on it. With my hands I stretched out the heavens. All the stars are at my command.” —Isaiah 45:11–12

Arthur waited. The sun had begun to set against the prison. Outside, the people he longed to reach were learning to live in the new Soviet Union. His stomach growled. His body shivered. But his heart didn’t tremble. Proclaiming the hope of Jesus had landed him in prison; that hope would sustain him....

Look up to the sky. Who calls snow to the ground, conducts thunder and lightning in a brilliant orchestra? Whose hands place the stars and raise the sun? The God of heaven and earth! His ear knows the song of every sparrow, the hum of every bee. His eye misses nothing.

Are you sick? Tired? Wondering how ends will meet? How you can press on to accomplish God’s calling? I understand. This year has brought Insight for Living Ministries countless challenges. We’ve even wondered, How, Lord, will we fulfil the mission you’ve given us?

His answer? The One who keeps the earth in perfect balance can be trusted to unfold His perfect plan. He knows...we obey.

Few people obey better than Peter Mitskevich, our IFL Russia pastor and the grandson of Arthur. Born in 1901, Arthur was 22 when he found himself starving in a Moscow prison. The God of heaven and earth saw him and sent a woman, Maria, with food. Upon his release, Arthur and Maria married and together faced countless obstacles: a second imprisonment, this time followed by banishment to Siberia...one bed for two parents and six children...not enough clothes for bitter winters...ransacking visits from the KGB.

In 1942, officers took Arthur a third time—hoping for a death sentence. By God’s grace, Arthur instead received 10 years while his family struggled to survive World War II as enemies of the U.S.S.R. Undaunted, they faithfully proclaimed Christ...because they sheltered themselves in the Fortress no earthly power or force of darkness can penetrate. All six children became believers, who passed on the legacy of Arthur’s courageous faith.

Today in Russia, sharing the Gospel outside a church is again illegal. Yet Peter is more committed than ever to making disciples with us! As the government restricts radio access, we’ve asked the Lord for other ways to teach His Word.

Insight for Living Canada depends entirely on your support and that of others like you. Your financial gifts are as essential to making disciples in Canada as the faithful obedience of Peter and his family is in Russia.

Is the God of heaven and earth calling YOU to be a part of His work in Canada by donating to Insight for Living Ministries?

Don’t be daunted! The Lord sees you. He knows your needs. His plans are good. Trust Him by sending a generous gift today.

Trusting the God of heaven and earth,

Subscribe to our monthly ministry letter
Date:
July 1, 2018
Type:
Back to Top