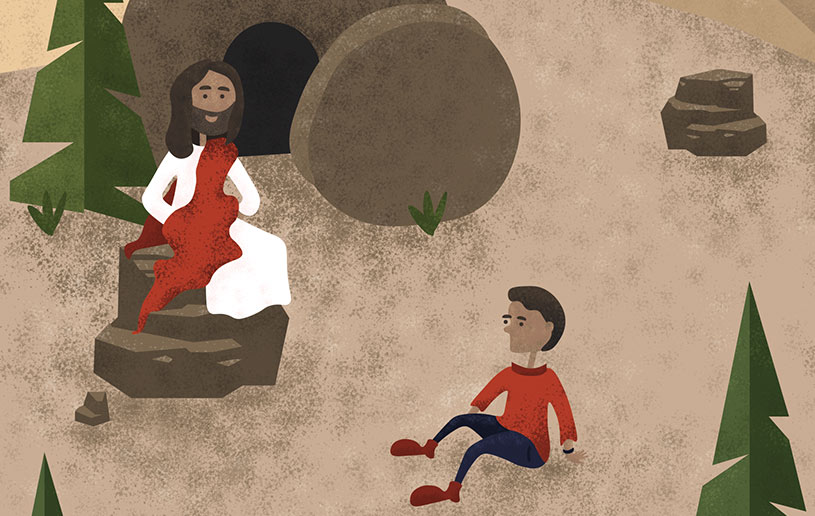 Let me explain. One of the most important truths of Scripture, both theologically and practically, is one of the least comprehended by many believers today. The result of this lack of comprehension is we are overcome, rather than being overcomers; living as victims instead of victors.

This came home to me again as I spoke to a longtime Christian friend. She had been considering suicide—she was haunted by horrific memories of an abusive childhood that were stirred up through recent mistreatment. In the course of our conversation I shared two truths that helped change her perspective.

The first truth is unpacked in Romans 6. It is the great truth that when Christ died, was buried, and rose from the dead so did each and every believer. This is part of the result of being “in Christ.” That weekend in history 2,000 years ago has real, personal significance for me and every Christian. Although the effects were not applied until I received Christ as my Saviour, Christ’s death, burial, and Resurrection was also mine. It is something I can point to, outside of me and apart from me as an historical event. Paul goes on in Romans 6 to point out that one practical implication of our death and resurrection is that sin’s power over us is broken. It is no longer our master (Romans 6:8-9). The war with sin and Satan was won and any battles we have with it now are fought from the position of victory over a defeated foe.

The second truth is spelled out in 1 John 5:19. John indicates how the whole world (those not in Christ) lies in the grip of the evil one, Satan. The world is under his rule and authority.

John goes on to point out how Satan cannot touch believers in Christ. Because Jesus triumphed over Satan through the cross, and we are in Him, we are no longer under Satan’s control, rule, or authority. We are beyond his reach forever. When the Holy Spirit opens our eyes and we see the truth of our sin and our Saviour, Satan has been thwarted in one of his objectives—that of blinding the minds of unbelievers to the truth that sets them free.

Satan knows he can never reclaim us because God who is greater has delivered us. But Satan can still strive for his other objective, which is to steal glory from God by enticing believers to sin and live in a defeated state.

How does Satan do this? Knowing that he cannot touch us he uses his arsenal of lies, deceptions, and half-truths to snare, trip, and trap believers so we fall.

Think of it this way. Imagine a large field with a fence running through the middle of it. On one side is Satan and his kingdom of death and darkness and on the other side stands Christ and His kingdom of life and light. As believers, we have been transferred from darkness to light by the action of our omnipotent God. It is irreversible because neither we nor Satan are more powerful than God.

Satan knows this, but he leans over the proverbial fence and whispers to us anyway. He lies about everything. He tells us we are useless, worthless, unforgiven, unloveable, even lost. He says things like God doesn’t care, can’t be trusted, isn’t in control, has abandoned us, and that Christ’s work wasn’t real—just to name a few of the usual lies.

When we start believing the lies instead of holding on to the truth, which was what my friend was doing, and looking at everything and everyone instead of fixing our eyes on Christ, we begin to falter. The next thing you know we fall—into sin, despair, and maybe even, like my friend, thoughts of suicide.

Knowing what Christ has done for us through His death, burial, and Resurrection, what our true position is in Him, what Satan can and cannot do to us as a result of Christ’s victory, and the devilish schemes he uses to trip us up—knowing all these things gives us hope for everyday life. And in this hope we live and die with joyful confidence.

This Easter, starting today, join me in celebrating Christ’s death and victory. Let’s do it by standing firm in the life brought about by our own death and resurrection in Him.