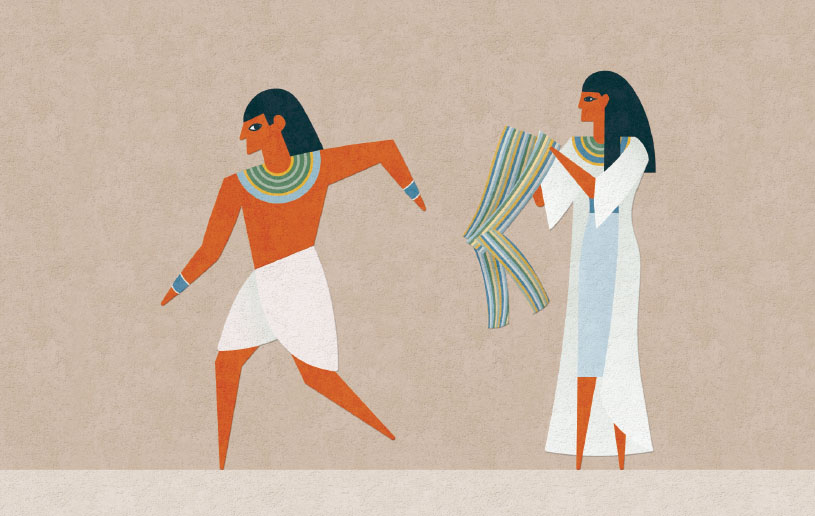 Ask any athlete or soldier—faith, courage, and strength in the heat of the contest or battle does not come because it is mustered at that moment. It’s there because of the preparation that precedes the battle. Joseph shows us the same is true of defeating temptation.

Joseph’s temptation was strong. He was young and didn’t speak the language. He had no prospect of marriage or of going home. His only likely prospect was that of being a slave forever.

Then Joseph is propositioned by Potiphar’s wife (Genesis 39:7–18). The temptation is flattering and besides the obvious sexual appeal yielding could have been a way to get ahead. On top of that, Potiphar’s wife is relentless. How is he able to successfully resist?

The battle against temptation is about beliefs and behaviours. Joseph thinks differently and that is ultimately how he resists temptation.

Temptation is won or lost first in the mind. Joseph believed things that provided a mindset to resist temptation.

1.     Joseph believed in right and wrong, and acting against the wrong

We can’t ignore the influence his father Jacob must have had on his life. In his later years, Jacob had come to a new level of fellowship with God and I believe that impacted Joseph who, by the young age of 17, was a man of principle. When he saw his step-brothers doing things they shouldn’t he reported this to their father. This shows that Joseph was a person of integrity, character, and strength. He was willing to act against wrongdoing even in his own family. He had the courage to report on his older brothers not letting wrong-doing slide for the sake of pleasing his brothers even though the stand he took resulted in being sold into slavery.

Even as a slave and then as a servant in Potiphar’s house Joseph believed this and remained faithful and submissive, not complaining or rebelling (Genesis 39:1–6). He accepted his situation and walked with God in the midst of it. The Lord was with him and blessed him and even blessed Potiphar’s life because of Joseph. If Potiphar saw this obviously Joseph did too. Joseph acted in faith, recognizing God’s hand in his life, and whatever he was required to do he did both willingly and well. God honoured and remembered Joseph, because Joseph honoured and remembered God. This chapter teaches us that God is with us and often chooses to bless us even in difficult circumstances rather than to place us in happier ones.

As a man of character, he took the trust Potiphar had placed in him seriously and had reasons to prove trustworthy. How much sin would be resisted if we took our positions of trust as leaders in our homes, churches, and jobs seriously?

Sin is attractive but it is wicked. Sin inevitably happens when we minimize it, don’t see it as wicked, or rationalize it as “not that bad.”

David understood this when he repented of his sin with Bathsheba (Psalm 51:4). We too need to see all of life in reference to God and not think “what can I get away with?” Instead seek to honour God. What makes all sin wicked is that it defies the God who made us and redeemed us.

6.     He believed purity was more important than promotions or prospects (Genesis 39:12)

Joseph knew what Potiphar’s wife was going to do with his cloak when he ran away. His flight saved his purity but lost his prospects. Purity was his priority.

These beliefs resulted in certain behaviours.

1.     Joseph set a boundary to avoid sins of the flesh

He refused to spend time with Potiphar’s wife (Genesis 39:10). If you don’t want to get burned don’t play with fire! He knew he could fall and so he knew not to play with fire. The person drawn to holiness will not try to see how close he can get to wickedness. Set boundaries to protect what you do, see, hear, and think about.

Potiphar’s wife breached Joseph’s boundary and grabbed his cloak. He did what 2 Timothy 2:22 says. “Run from anything that stimulates youthful lusts.” And the rest of the verse gives the proactive side of dealing with temptation. “Instead, pursue righteous living, faithfulness, love, and peace. Enjoy the companionship of those who call on the Lord with pure hearts.

Joseph can teach us many lessons. But the lesson of overcoming temptation through what we believe and how we behave is one lesson all leaders and believers need to learn.