Hope in the Face of Doubt 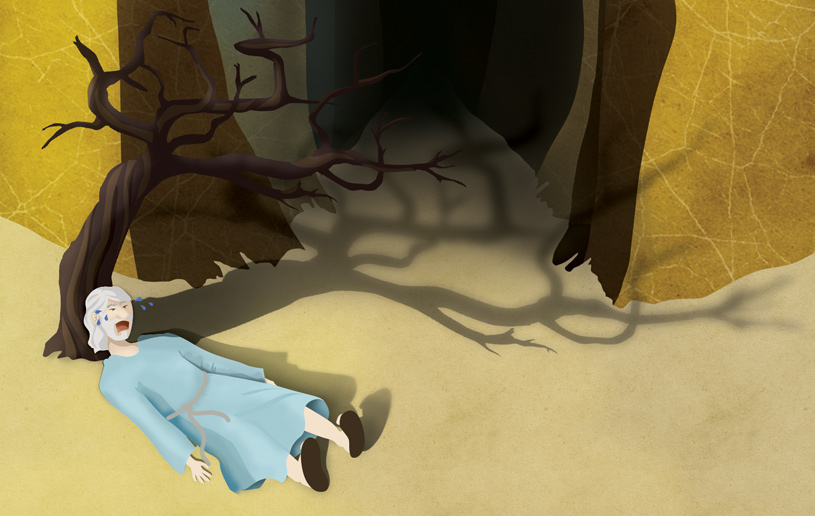 Have you ever had a mountaintop experience?

This term can be taken literally, figuratively, or even spiritually. If you have experienced the spiritual mountaintop you are probably also familiar with the spiritual valley. These low places can be emotionally taxing and sometimes takes the form of discouragement, or even depression.

Mountaintop highs and valley lows could explain why when we struggle with doubt we also wrestle with faith. Although struggles refine us and force us to figure out what we really believe, if we give in to the negative emotions we begin a downward spiral.

Elijah, the Old Testament prophet, fought this same battle between hope and doubt. God told Elijah in 1 Kings 18 to tell King Ahab the drought plaguing the land was to end. Elijah obeyed, gathering nearly 1,000 prophets of Baal and Asherah on the top of Mount Carmel, challenging them to ask their gods to send down fire from heaven. Elijah said whichever god sent fire, would be the true God.

After an entire day of chanting and praying and penance, there was no fire for the pagan prophets. Then Elijah called on the Lord to prove Himself and immediately fire flashed down from heaven. At this, everyone fell down and proclaimed, “The LORD, He is God; the LORD, He is God” (1 Kings 18:39 NASB). For Elijah it was a massive victory…a literal mountaintop experience with God.

And then, it began to rain.

In response to Elijah's victory, Ahab's wife, Jezebel, threatened to kill Elijah. After her threat, Elijah ran for his life. He ran for a whole day and when he was in the wilderness, he sat under a tree and asked God to let him die.

One day earlier Elijah had boldly called on God to prove Himself in front of 1,000 people who opposed God. Then after receiving a single threat, he picked up and ran away? What changed? Where was his faith?

Elijah was exhausted and drained and, therefore, susceptible to doubt and discouragement. He gave in to self-pity and lost his perspective. In Chuck Swindoll's book Elijah: A Man of Heroism and Humility he writes, “Elijah had to get his eyes back on the Lord. That was absolutely essential. He had been used mightily, but it was the Lord who made him mighty. He stood strong against the enemy, but it was the Lord who had given him the strength,” (121). In the face of doubt, we must fight against discouragement. When things look like they can't get any worse, we must reach out to others to gain perspective and hope.

By running away, Elijah separated himself from people who could have helped him remain strong…offering encouragement, strength, and, most importantly, objectivity. If he had reached out to others, Elijah might have realized the God who answered by fire would continue to be with him. But instead, Elijah said, “It is enough; now, O Lord, take my life, for I am not better than my fathers,” (1 Kings 19:4). Self-pity is toxic…it exaggerates and cultivates a victim mentality.

Many of us can relate to Elijah's situation. Faced with an increasingly secular society it's easy to feel as though we're all alone in our faith. How much easier it is to give in to self-pity than trust the Lord's provision!

In the midst of Elijah's self-pity party, God confronted him. “What are you doing here, Elijah?” (1 Kings 19:9). Elijah responded to God's question by complaining about how he was the last prophet and about to be killed. Instead of rebuking Elijah for his self-involvement and lack of faith, God revealed Himself, and told Elijah he was not alone, no matter how things seemed. There were 7,000 people still faithful to God in Israel.

The same is true today. Regardless of how bad things look or feel you are not alone. Elijah reminds us to look up, to choose to believe in God's faithfulness, even when everything seems to be the opposite. When we know we're in the will of God, we're secure...even when our experiences are not always a mountaintop.