Free to be Funny 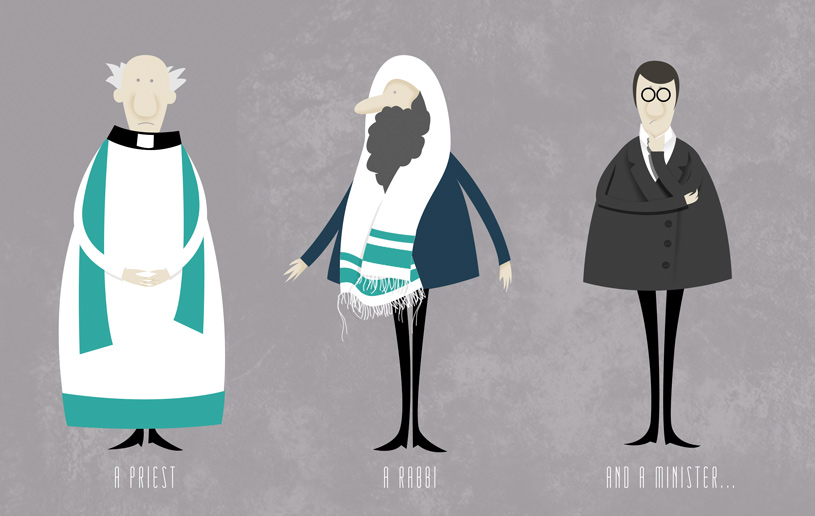 Next to musical tastes among believers the use of humour has got to be one of the most controversial. As a pastor and as a Christian I have had almost as many discussions about what is acceptable and funny as I have had about music.

Some would say humour, like music, defies analysis. It is too complex, diverse, and personal. Others say humour is too frivolous and is incompatible with religious faith. Still others would like to draw lines and dictate that only certain kinds of humour are acceptable for a Christian. Who is right? What is biblical? How do we decide if we have the freedom to be funny? In trying to decide these questions myself, there are three things I considered.

The first is God's own inclusion of humour in His Word. Looking through the pages of Scripture I see things that tickle my funny bone. For example there is the situation comedy of the story of Jacob gaining Rachel for his wife (Genesis 29). Read the story over and you'll see that it's reality television material! There's also the story of Boaz who wakes up to find a woman at his feet (Ruth 3:8). The whole scene is laughable.

The Bible also contains satiric humour, exposing and denouncing human vices or follies through rebuke or ridicule. Some of the best examples are found in Proverbs. Laziness is ridiculed by portraying the sluggard so lazy he can't take his hand out of the dish to feed himself (19:24). The nagging wife is like a constant dripping (19:13).

There is humorous sarcasm. Elijah was sarcastic with the prophets of Baal as he taunted them “By noon, Elijah had started making fun of them, taunting, ‘Call a little louder—he is a god, after all. Maybe he's off meditating somewhere or other, or maybe he's gotten involved in a project, or maybe he's on vacation. You don't suppose he's overslept, do you, and needs to be waked up?’” (1 Kings 18:27 MSG) I love Job's sarcastic words to his “comforters.” “I'm sure you speak for all the experts, and when you die there'll be no one left to tell us how to live” (Job 12:2).

Humorous irony—where one thing is said while another is meant—or asserting something that is obviously contrary is found in the story where King Saul assures Samuel that he had destroyed the Amalekites livestock. “As Samuel came close, Saul called out, ‘GOD's blessings on you! I accomplished GOD's plan to the letter!’ Samuel said, ‘So what's this I'm hearing—this bleating of sheep, this mooing of cattle?’” (1 Samuel 15:13-14).

The second thing I considered is Jesus' own use of humour. If there is anyone in the Bible with a great sense of humour it is Jesus. He is a master of irony, satire, and preposterous exaggeration. He talks about straining out a gnat but swallowing a camel, removing a speck out of someone's eye but having a log in your own eye, and lighting a lamp and then putting it under a basket or bed.

The last thing I considered was what the Bible taught about our use of humour. But when we look at Scripture we neither find a theology of humour nor explicit directives about humour itself. The closest thing we have is what Scripture says is right and wrong in relation to our speech. When applied to humour it means there is some humour that would definitely be “out” for the Christian. For example the Bible warns, “Do not let any unwholesome talk come out of your mouths, but only what is helpful for building others up according to their needs, that it may benefit those who listen” (Ephesians 4:29 NIV). We are also told, “Nor should there be obscenity, foolish talk or coarse joking, which are out of place, but rather thanksgiving” (Ephesians 5:4). The principles that govern a believer's speech therefore apply to a believer's use of humour.

When I distil all this it means apart from that which is obscene and hurtful, we have freedom to use any and all types of humour. It then becomes a matter of personal preference. And that brings us back to music. Just as we all have different tastes and different things appeal to us in music, the same is true in humour. You may like funny one-liners like me, or perhaps puns, cartoons, or slapstick.

The point is, that within the boundaries set out God in His Word as noted above, we have freedom to be funny, but we must use it wisely and lovingly.