Expendable Me | Insight for Living Canada
Skip to main content 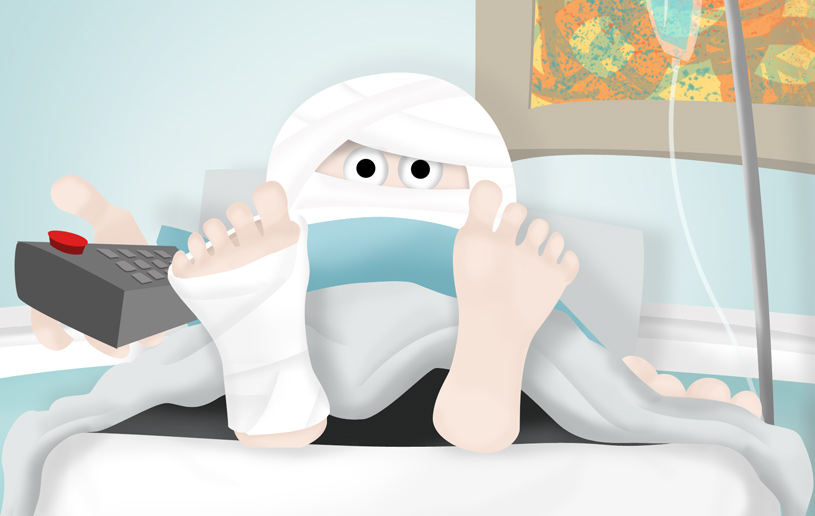 One week after my 49th birthday, in a move, which still has me shaking my stitched-up head, a friend and I climbed aboard an all-terrain vehicle (ATV), and proceeded to flip it. And I do not mean we sold the thing for a profit.

While I was flying through the air with all the grace of a screaming stuntman nothing slowed down like it does in the movies. When I landed there was blood spurting from a wound in my pointy head and I lay there in the dust, thinking I had bit The Big One.

Mortality creeps up on us all, but sometimes it lunges.

Not much comes to mind when you're pretty sure you're dead. You think of your wife and kids. And you don't consider embracing atheism.

I've been doing careless things ever since I was old enough to cross my eyes. Playing far too much ice hockey. Riding too fast in cars. Eating ox tongue. Flying a million miles on airplanes that were built by the lowest bidder. I figure I've used up about eight lives.

Thanks to friends, angels, and a doctor who kept mumbling something about miracles, I lived to tell this story. But were it not for God's grace and the glorious gift of painkillers, I would be unable to type the words you are about to read.

The problem with injured ribs is that they are well-connected to the rest of you. Everything hurts. You can breathe all right, but on the Richter scale, sitting up rates a 4.0, laughter a 6.7, a full-fledged greeting from an unwitting friend a 7.4, with a sneeze topping things off at 13.2—three points beyond giving birth. And so you rest. Or try to.

One of the greatest benefits of nearly dying is that my wife—glad I am alive—fetches me stuff when I ask. She brings me drinks, meds, snacks, more meds, and the first season of MacGyver.

Three weeks on your back recuperating offers you time to contemplate life and mortality and to read. And if that makes your brain hurt, well, there's always television.

I would love to report to you that I am spending my convalescence praying four hours a day and memorizing the book of John. The truth is, I am watching far too much TV.

Flat on my back I'm discovering that we have 41 channels, though one doesn't count—it merely tells what's on the other 40. Two are devoted entirely to movies, two to religion, two to sports, and the rest to news that promotes paranoia.

The medication helps, but I do not suffer quietly. Never have. A sinus infection has me itching to dial 9-1-1. A hangnail causes me to question God's goodness. Right now I want the world to know that it feels like aliens are conducting experiments on my ribcage.

But as I rest upon my self-pity, two notes arrive. One from a friend whose husband walked out on her and her beautiful daughters, and another from an acquaintance who buried his brother following an ATV accident. To top it off, my wife puts on an old CD by Keith Green that has him singing, “It's so hard to see…when my eyes are on me.” Imagine the nerve.

Perhaps this ATV hangover is a blessing. It is reminding me that I may not have as much time left as I thought. That I should spend whatever is left focusing on things that are true, noble, right, pure, and admirable as Philippians 4:8 invites me to.

I've noticed subtle changes already. Manyana seldom sabotages my vocabulary. I prefer the word “today.” I am enjoying more nature walks, far from TV and the roar of man-made machinery. One day I hope to climb aboard another ATV. But this time I will strap on a helmet, full body armour, a parachute, and a flare gun.

I'm not sure what I would have done differently had I known how close the end almost was. I suppose I would have buried my Blackberry more often, then dug it up and called some family and friends. I'd have said “Sorry” to some, “I love you” to others. I'd have spent less time saving money and more time trying to save others from heartache. As it is, I'm glad I've pulled my children close, travelled with them, and taken licks of their ice cream. But this blessed crash has reminded me that life is short, so today matters. And to be thankful.

Today I'm thankful for improvement in the television-viewing department. You'll be pleased to know I am engaged in Bible reading and prayer. Thanks to a wife who has hidden the remote control.