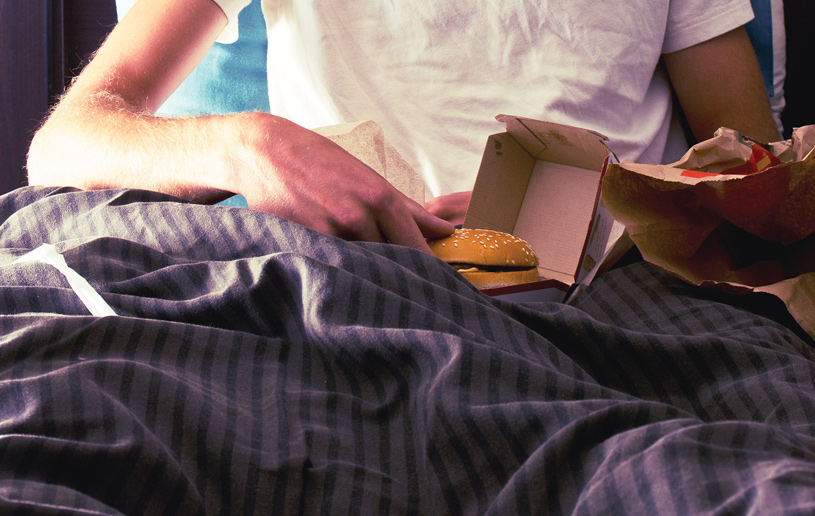 Lately I've had a visitor show up around 10:30 each night—hunger pangs. This gets on my nerves because I have a strict “no snacks after nine” rule and it's frustrating when my body rebels against my instructions.

Despite my conviction that 10:30 is not the time to be eating, my body is fully convinced I am in fact starving. And it puts up quite the fight.

A quick glance at the story of Jacob and Esau leads me to believe the stomach has been the instigator of less-than-healthy choices before and must not be trusted. Here's how The Message tells the story:

Most of us probably can't imagine being hungry enough to make such a trade, and yet we can all probably think of a time we acted on impulse without considering the long-term consequences of our actions. In fact I know we can because culturally we are victims of instant gratification.

We hate waiting for things. I drove to a neighbouring town a few nights ago and decided to drive the speed limit the entire way (for once). What did I get for my effort? Three different times people driving behind me took issue with my undertaking and proceeded to honk and gesture at me. And, trust me, there are times I've behaved similarly. Instant gratification is an out-of-control character trait we need to rid ourselves of.

Last December I wrote an article about why I don't make resolutions and blamed instant gratification as one of the main reasons. My reasoning wasn't great but it was truthful. “Let's be honest, we're more Mr. Noodles than ‘make it from scratch' people these days. OK, well at least I am. And resolutions are a lot of work! Breaking a bad habit? That takes at least a month. Maybe more! And keeping resolutions? That's hard work! And it's thankless! And boring! Maybe if resolutions paid off quicker I'd be more motivated to make them.”

Chuck Swindoll talks about Esau and the issue of instant gratification in his book Fascinating Stories of Forgotten Lives. “If I could shout these next three words to your face, I would: BEWARE INSTANT GRATIFICATION! It's the first sign of desperation and forms a dangerous platform for making decisions,” (67). The flipside of instant gratification is deferred gratification, otherwise known as self-control. Yes, that is a fruit of the spirit (Galatians 5:23).

Developing the habit of deferring gratification is no simple task, especially since we all seem to be multi-taskers these days. We live with the short term in mind. So how do we overcome those 10:30 p.m. hunger pangs when they strike? And what if they're especially insistent? I have three suggestions:

The hardest part about buying into deferred gratification is you have to go against what your entire being wants to do. But it will do you good in the end—“Moderation is better than muscle, self-control better than political power,” (Proverbs 16:32).