What Every Believer Must Never Forget! "God and God Alone..." | Insight for Living Canada
Skip to main content

What Every Believer Must Never Forget! "God and God Alone..." 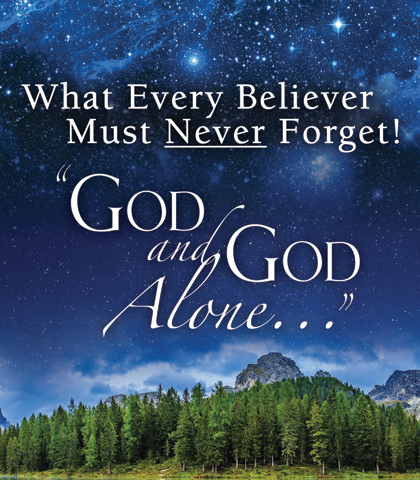 Times were hard—very hard. A corrupt government and a covetous judiciary made life miserable for all living in a nation that was once strong and stable. Abuses, resentment, unrest, unfair and prejudicial class distinctions, and selfish profiteering were everywhere to be found. Idolatry was rampant, leaving the land with no spiritual vitality and an absence of moral fortitude. Ethical standards were low; the economy was in the tank; and most citizens were coarse, sensual, drunken, and careless. What is worse, the prophets, who would normally guide the people toward righteousness, were weak and shamelessly compromising.

Most of these horrid conditions could be traced back to the failure of King Uzziah, who had once been a strong and competent leader. His extraordinary fame and success resulted in pride and arrogance, so much so that the high priest, Azariah, and 80 other priests confronted him, resulting in the Lord’s striking the king with leprosy, a punishment that would follow him to his grave. In the backwash of all this, a young, very-concerned prophet named Isaiah turned to the Lord to gain understanding. What happened to that young prophet leaves us with four truths we must never forget.

Subscribe to our daily broadcast
Scripture:
Isaiah 6:1-9
Topic:
Series:
Back to Top