Strengthened by Stories: How My Parents and Grandparents Shaped My Future with Their History | Insight for Living Canada
Skip to main content

Strengthened by Stories: How My Parents and Grandparents Shaped My Future with Their History 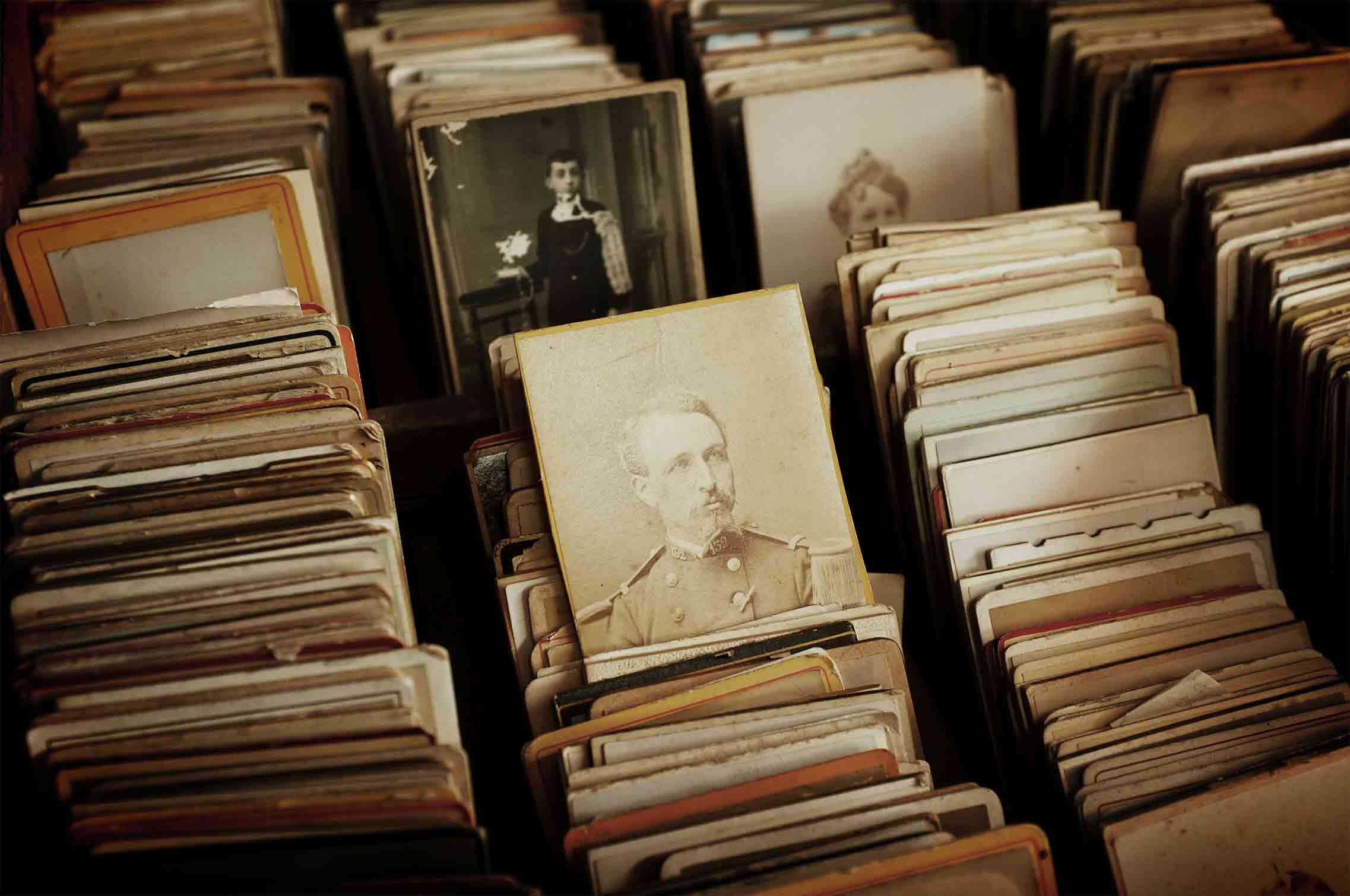 Around the world tonight, children will put on pyjamas, crawl into bed, and snuggle under the covers. Parents or grandparents will settle beside them and recite fairy tales and folk stories to usher their little ones into dreamland. It’s a ritual hundreds of years old—so familiar, most of us know by heart variations of the same stories from “Little Red Riding Hood” to “The Tortoise and the Hare.”

Bedtime stories are common in Moscow, too, where I grew up. But the stories my parents and grandparents told me were no ordinary fairy tales. They were real—colourful, true stories that always pointed to the truth: there is a God who loves us.

Grandfather Walter especially is an amazing storyteller! He knew how to create intrigue in every story and leave space for our imaginations to fill in the empty spots. He told tales of Great Grandfather Arthur rescuing a woman from drowning, saving their home from a thief, and winning the heart of his soon-to-be bride while in prison for proclaiming the Gospel—a sentence he would receive at least two more times in his life. Grandfather Walter also shared the intense poverty and persecution his family of eight endured after Great Grandfather Arthur was released from prison and they were banished to Siberia, along with the ridicule he endured as the son of a pastor and, later, the choice he made to sacrifice medical school when Christians were banned from education.

Naturally, as a young boy, stories about heroes fascinated me. Knowing Great Grandfather Arthur survived both world wars, I had questions: What did Nazi Germany look like? How did they defeat their enemies? I didn’t understand how harsh and evil war is, how it is the saddest, most destructive thing humans do to each other. I once asked Grandfather Walter if he had been a war hero. In reply, he began sharing new stories about Great Grandfather Arthur, who didn’t take action in those wars, but was a hero of a different war—a much bigger one that is still going on today. He was a hero of faith, who fought and won many spiritual and physical battles of staying faithful. He shaped in my imagination what a real hero looks like.

The real heroes of my family have been changing the world for Christ for more than eight decades! I, along with my brothers, Tim and Elijah, and my sisters, Mary and Elizabeth, have the lives we do today because our parents, grandparents, and great grandparents took Deuteronomy 6 seriously:

My parents and grandparents have never failed to tell us about their faith in Jesus Christ and what they have learned from His Word intentionally and passionately...literally as we were going to bed and getting up!

In 2012, my brother Elijah and I asked our grandfather, Walter, to write down some of those true bedtime stories he shared with us and our siblings while we were growing up. I have been working on translating this slice of personal history into English. Here are a few of my favorite entries from his memoir:

In 1937, my mother—your Great Grandmother Maria—boarded the train with me and my five brothers and sisters, headed for Siberia where your Great Grandfather Arthur was imprisoned. It was amazing to be travelling on the train!

At one point, we went into a huge tunnel under a mountain. Suddenly, the smell of coal from the engine flooded our passenger car. The tunnel was completely dark. Immediately, everyone began to panic. Some cried out. Then, a flash of light appeared, and we saw the light of the sun. Laughter spread through the car. I remember thinking, We didn’t fall into a hole! We are heading to my father, who is by the sun. He is not in the darkness!...

From early morning until late night, KGB officers would search our house, taking anything suspicious. Even children’s games were suspect! We had one called “From Moscow to Leningrad” that had a map. I had to explain to the officers it was just a game, not some spy map. Being a small boy, I was quick and managed to hide in my pocket a small New Testament as well as our hymnal. Everything else was taken by them forever—even our game....

When I was four years old, while your Great Grandfather Arthur was in prison and your Great Grandmother Maria had to work, I was the babysitter for my baby brother, who was about two years old. My ears remember only the sounds of neighbours’ radios and babies crying. My eyes were always looking at my smaller, baby brother but also outside the window. My heart was always waiting for my older siblings to come home or for our neighbor, Anna, to come. My baby brother had stomach pains, and I didn’t know how to help him. Sometimes, when he screamed for a very long time, Anna would come.

My dear mother, your Great Grandmother Maria, would come home very late from work only to work more to take care of us and our home. I remember seeing her at night, on her knees by the fire, praying with a look in her eyes I will never forget. “Our whole family was in the arms of the Lord,” she would say. “And we are on the side of the Lord in this battle between the evil one and the good One. We are on the bright side....”

On May 5, 1945, your Great Grandfather Arthur received freedom. He came home skinny as the bones are—all long hair, unshaven, and barely alive. How badly I wanted everything to change for the better at his return! But we didn’t have enough room in our house or enough food for another person. Still, the main thing was that he came alive, and he came with Jesus Christ in his heart....

As I read through Grandfather Walter’s memoir, I can hear his voice telling each story, as he has done so many times. I can see his tears and feel his pain and joy. I know this story is about a righteous man who surrendered everything to God—his life and his family—just as his father, Great Grandfather Arthur, did before him. The patriarchs of my family embody one of my favorite hymns “I Give Everything to Jesus,” better known in English as “I Surrender All.”

Remembering their stories—our stories—is important, just as it was for the ancient Israelites (Deuteronomy 8:2). They’re more than just memories; they’re instructions for life, for how to live, and even for how to be ready to die. They are rooted in Scripture, so I cling to them (Proverbs 4:13). They have made me look at life more maturely with an understanding that while there is bitterness and suffering, through Jesus Christ, there is also joy, light, and warmth. My family’s legacy motivates me to be courageous and put life in the proper order: 1. A free and personal relationship with God, 2. Family, 3. Everything else. Their stories teach me to be grateful for what I have—for freedom, copies of the Bible, and open churches.

Learning the faith of those who came before me has taught me to be humble, obedient, and faithful, reminding me, as the writer to the Hebrews put it: Patient endurance is what you need now, so that you will continue to do God’s will (Hebrews 10:36).

I, too, am pursuing fulltime ministry, right now as a student at Dallas Theological Seminary (DTS). I’ll never forget my first day of classes. I was excited to gain knowledge and wisdom from the world’s best Bible scholars, but I also was excited because my father had studied here. I was thrilled by the thought that I would sit in classes he sat in, even learn from the same professors! I love him very much and wish to be like him and my faithful Grandfather Walter and Great Grandfather Arthur. Our lives are different, but they all have one core unity—a love and faith in our Savior and the desire to share Him with others.

Our trials are different too, but the Lord has put each of us in a position to learn to trust and rely on Him alone. As soon as my wife and I made the decision to come to DTS, everything began changing. We saw God’s hand guiding us as never before. Mighty excitement stirred within us! But questions soon followed. Where would we live? How would we live? How would my wife and children, who didn’t know English, adapt?

My daughter, who was less than two years old, broke her leg the night before our flight. We worried, Is this a sign? Should we not go? Then our 16-hour flight, which is long enough with two small kids—one in a cast—and a pregnant wife, turned into a two-and-a-half-day flight, topped off by lost luggage. What’s going on? we wondered. Lord, haven’t we left everything to fulfil Your will?

These and other questions came to mind, but I remembered the words Grandfather Walter spoke to me before I left. I had gone to visit him to receive his blessing. I expected he would be proud that I was following in his footsteps. To my surprise, the conversation turned into an “interview.” He asked over and over: “Are you sure you want to do this? This is not easy!” Eventually, I realized he was giving me a hard time because he loves me and didn’t want me to go through the same struggles that Great Grandfather Arthur and he had gone through. Ultimately, he gave me his blessing and remembering it has helped me overcome my struggles.

Grandfather Walter was right! Following God’s call meant leaving everything I had: a dream job in the aviation business, a loving extended family, grandparents nearby for my children, a local church I loved and served, friends we sorrowed and rejoiced with. However, with the heritage of my family written in my heart, I can testify without a doubt: Jesus is worth every sacrifice.

All to Jesus I surrender...

Paul Mitskevich is the son of Peter Mitskevich, the voice of Chuck Swindoll in Russian. Peter and his wife Tatiana serve on the ground in Russia, where Peter is also a pastor and the superintendent of the Church-Based Learning Centers in Moscow. Paul and his brother Tim both serve on Insight for Living Ministries staff, Paul as our Russian-language ministry leader and Tim as our Human Resources coordinator.