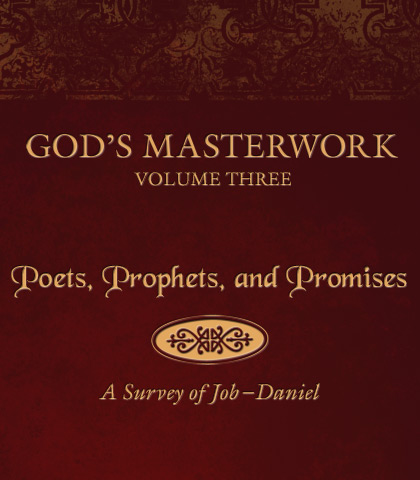 Stuart Briscoe chose an apt title for his little book on Ezekiel: All Things Weird and Wonderful. You can’t read the prophet Ezekiel’s writings three minutes without encountering the strange, the phenomenal, or the wonderful. In his own unpredictable manner, Ezekiel told his readers about the Lord; he genuinely desired that people understand who God is. How needed are his words in our own day!

Ezekiel wrote, preached, dramatized, warned, and prophesied for more than two decades. With great enthusiasm and imagination, he vigorously declared God’s message before an exiled generation of Jews—discouraged captives who needed a strong leader. Because modern minds see humanity as awesome and God as tiresome, a big dose of Ezekiel is long overdue. May God, Jehovah, emerge and, in all His glory, eclipse humanity beneath His almighty shadow as we hear and heed Ezekiel’s message.

Subscribe to our daily broadcast
Scripture:
Ezekiel
Topic:
Series:
Back to Top